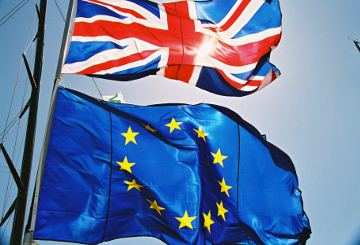 It was nice to see Pound to Euro and Pound to Dollar exchange rates rise a little over the last week on the back of Brexit talks going a little better than expected. We closed on Friday with GBPEUR above 1.10 and GBPUSD above 1.29 which was a welcome 2% gain on both over the last week.

Now, the reality is that no real progress has been made in these talks- watching Boris Johnson on the Andrew Marr show on Sunday, he even looked pretty unsure about whether a deal will happen or not- which is being reflected in the markets at the moment. However, I am still optimistic that a deal, though it will be thin, will be made between both sides.

Unfortunately, Brexit will be the key reason for any movement in the Pound for the foreseeable future, but it is pretty easy to work around it, negative Brexit news = bad, positive Brexit news = good. My advice is if you are working on a short time frame on a transaction then take gains off the table quickly as one headline can turn the tables on things very quickly (As we have seen numerous times over the past few years).

I believe that Brexit talks will probably be extended beyond the October deadline, (which was self imposed anyway) and they will just run the clock on things until the end of the year- Angela Merkel has also been vocal over the last week about wanting to get a trade deal done.

Brexit aside, Covid-19 is still ruling the markets, and with President Trump being the latest victim of the virus, the markets are waiting to see how it affects him before deciding on the next direction. Over the weekend Trump was airlifted to a hospital where he still is, updates seem to be positive but the key phrase I have taken from this is that his doctors have said “He is not out of the woods yet”. Stock markets sold off on Friday on this news, and the Dollar also took a hit, which contributed to GBPUSD rising. Trumps recovery will be a key factor to the market over the next week, and any news from the hospital will move the exchange rates, similar to PM Boris Johnson’s situation earlier in the year (That feels like years ago now!)

Though economic data means less this year- I have written below the key releases we should be looking out for this week- but please remember headlines about Brexit and Trump will be the key movers this week.

Without a doubt, this is going to be a volatile quarter (No different to the other 3 to be honest)- so if you have upcoming transactions and would like an insight into how we can potentially help, please don’t hesitate to get in contact.